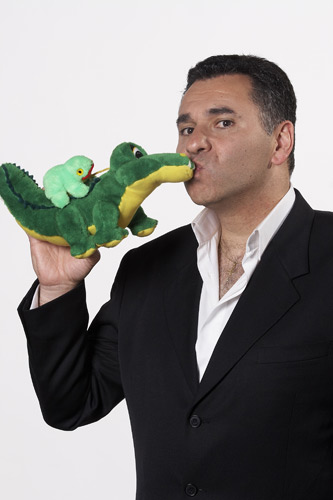 His career of the poker player did not start brightly and successfully. He was hooked first and only after he figured out the point how not to be deceived. Billy started playing low-stake poker and gradually grew to the level of the high-stake game.

When the year 1989 knocked the door, The Croc decided to knock the Vegas door to conquer the world of poker. That is how this nickname got stuck to him. He took it from the Australian movie "Crocodile" Dundee. He introduced himself as "Crocodile Billy". Since then it is his logo.

Winnings of the Croc

In 2008 Billy took the 4th place in the 2008 World Series of Poker. The same year he won HORSE Special Event during Aussie Millions Championship, which brought him around AUD 10 000. He was second in the AUD 20 000 No-Limit Hold 'em Event during the 2005 Crown Victorian Poker Championships in Australia and won 96K. His winnings as of 2010 stand at a rate of $890K.

According to his friends, he is an outgoing person and a good friend. He recommends to the freshmen in poker to start slow and not to jump into the high-stake game. Also he says that choosing the right path for everyone should be really careful and thought over.