Why deception is the ultimate tool in Poker 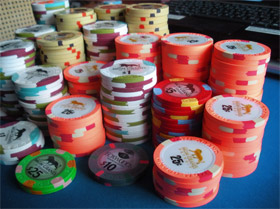 You would be forgiven for thinking poker is a cards game, it is actually a family of card games. The matriarch of the poker family is Texas Hold ‘Em, and as Hold ‘Em is the variant you’re most likely to play we’ll focus on that. Now everyone has their own strategy for when it comes to poker but the best is the old age illicit tactic of deception.

Now deception in poker comes in the form of bluffing which itself is no simple matter. The most common form is the stone-cold bluff, which is betting or raising on an inferior hand that in theory has no chance of winning. If the pot is sizeable and the river is out (five cards face up) you can use the stone-cold bluff theorem to bully you opponents. For example if a player bets an amount equal to the pot then the probability of being called is 50% or less. So with odds of one-in-two the stone-cold bluff is quite often a risk worth taking.

Stone-cold bluffing also plays dividends in the long run, in probability theory the more stone-cold’s the higher the expected value.

Betting is like science, there’s a formula to it and it’s one that people closely guard. But if you do have a winning formula then you should try it out on online bookmakers such as Bet365, who have probably the biggest sports betting market around – ranging from darts to speedway, as well as online poker tables.

Poker is as much phycology as it is maths, a deceptive bluffing game can lure opposition into your trap. If you have got away with bluffing a few times, players will be succinct to your game, however, if you have a strong hand you actually want them to think that you’re bluffing so they will stay in the game instead of folding. Here players are buoyed by a false sense of security and will continuously match your bets. Once it gets to the turn and you show your two kings they will realise they have fallen for the long con.

Of course bluffing is a high risk strategy and one to be used wisely. If you can grasp the limits of probable outcome you can clean up, if you can’t you will be annihilated.